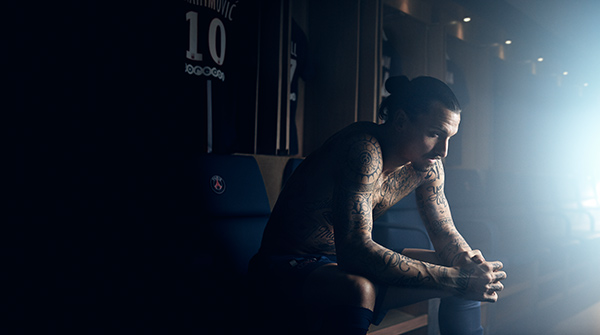 The Story – 805 million people are suffering from hunger today. Make sure the world knows

Fotballer Zlatan Ibrahimović and his team Paris Saint-Germain played against Caen on February 14 on Parc des Princes. For Zlatan this was his most important game to date. When taking his shirt off in half time he revealed 50 new names tattooed to his upper body.

“If I could, I would write all the names of people suffering from hunger on my body. But they are 805 million. It is a disaster. Me and the World Food Programme want to make sure the world knows this” Zlatan Ibrahimović says.

In emergencies, they get food to where it is needed, saving the lives of victims of war, civil conflict and natural disasters. After the cause of an emergency has passed, we use food to help communities rebuild their shattered lives.

WFP is part of the United Nations system and is voluntarily funded.

Born in 1961, WFP pursues a vision of the world in which every man, woman and child has access at all times to the food needed for an active and healthy life.

On average, WFP reaches more than 80 million people with food assistance in 75 countries each year. About 11,500 people work for the organization, most of them in remote areas, directly serving the hungry poor.